The debate over the Oxford comma

Is anyone really be on the right side? 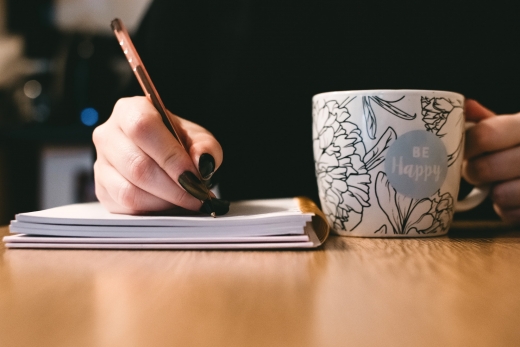 I decided to write a blog post on this single topic because of my own personal interest. The very idea that a simple comma could create such controversy is both amusing and fascinating. How does this even happen? Why does this even happen? How can something be right and used everywhere one day, to simply become a matter of opinion the next? I decided to explore the issue, and here’s what I found.

Interestingly enough, using or omitting the Oxford comma is neither right nor wrong. It’s a matter of style. Although hotly debated, it has never been a required piece of grammar. This really makes the argument seem quite perfunctory. According to The Design Channel, the issue is just a piece of the ultimate argument made by all grammar sticklers, clarity. “Those who champion the Oxford comma point to how it reliably clears up any confusion that may arise from a listing of items in a series…, while those who disdain the Oxford comma say that such confusion can be easily pre-empted by simply reordering the series of words without using the extra comma.”

This special, little comma got its name because it was traditionally used by printers, readers, and editors at Oxford University Press (OUP.) It’s also known as the serial comma or Harvard comma. Never in its history has it been a required piece of grammar, but it came into being to help clarify the meaning of a sentence where items in a list aren’t single words. It’s also primarily used in the US. While it sounds like writers from the UK would be its biggest proponent because of where it started, the OUP is actually an American company with offices in NYC and North Carolina.

As with anything that’s opinion-based, feelings about the Oxford comma are split, even by the two major style books journalists and other professional writers use. The Chicago Manual of Style, according to Grammarly, is all for it. They recommend you use it almost always. The Associated Press Style Book leans toward the other side. They find the comma non-essential unless it really does add clarity to a sentence. This disparity keeps the debate going among those who spend time thinking about proper grammar — us writers!

And one last thing…

How overwrought is this debate you ask? I’ll tell you. There was actually a court case where the Oxford comma contributed to the verdict. One tiny comma, made a legal difference. In Maine, the interpretation of a state law was in dispute. The absence of the Oxford comma, it was claimed, made the wording of the law confusing, and its omission led to a $5 million settlement. That’s right, grammar counts!

Does my opinion stand firm after all this?

It’s strange to think of grammar being, in any way, opinion-based, but in this case it truly is. Sharing all this information still doesn’t change my own personal preference though. I like the Oxford comma. I like the symmetry it creates in a sentence, and it mirrors the natural pauses I take when reading a list. That being said, my clients most often do not use the Oxford comma. I’m sure they have their own reasons, it feels more modern or they like the aesthetic without it, and I’m happy to comply. The odd thing is, the less often I use it for work, the more likely I am to forget it in my own writing. Either way, for me the most important thing is consistency. If I use it once, it has to make it into the entire piece. I don’t like the idea of it being used just in certain cases where clarity isn’t obvious. If you write an unclear sentence, you need to redo it, with or without this comma.

I don’t want to ditch the Oxford comma, but it may become a force of habit. I may accidentally say good-bye. How interesting to think of a punctuation “rule” going extinct in my lifetime.

Photo by Lisa Fotios from Pexels