More from the grammar police 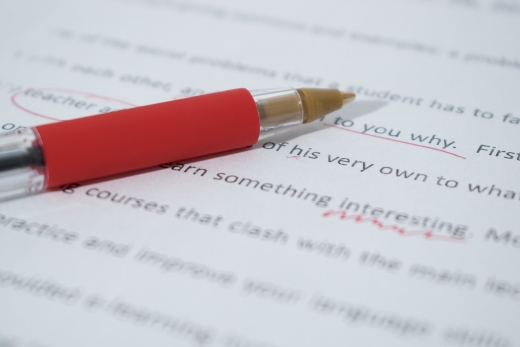 You can call me a snob if you like, or roll your eyes when I correct your grammar or punctuation. I don’t care. It’s intrinsic for me to flinch when it appears that someone has forgotten elementary-school English. Having already expressed my views on commonly confused words and misplaced commas, I’ve started to notice two other areas where people can struggle in getting things just right — apostrophes and exclamation points. In my opinion, both tend to be overused primarily because of a lack of understanding of their actual intent.

There are two basic scenarios where an apostrophe is used. The first is when you want to show possession, and the second is when you’re using a contraction. Putting aside situations where the wrong word is used — your vs you’re, etc. — I feel as if the average person has the combination of contraction + apostrophe down. Complications can arise when you get into the possessive use of an apostrophe.

One very specific example comes to mind when I think about the possessive. I see it most often on Facebook, not necessarily within content marketing, but it’s worth noting. Think about when you refer to your family on social media, as a group, you say something like, The Gregorys are headed to the beach this weekend. That’s how it should look. You’re talking about your collective family unit, so the word should be plural. This, however, is how it often looks, The Gregory’s are headed to the beach this weekend. The family doesn’t own the beach; there’s nothing possessive in this sentence, but for some reason people tend to get uncomfortable at the sight of their last name as simply plural. The compulsion to add in the apostrophe is strong.

This error rears its ugly head on invitations as well, when the, Brown’s invite you to join them in celebrating Katy’s third birthday instead of the Browns. I cringe. It’s important to really inspect your sentence and make sure the word you’re adding the ’s’ to is possessing another word in the sentence. If not, chances are you just want to make that word plural and leave off the apostrophe.

’s and s’s are both right

The other part of the possessive that, for me, is like the battle over using an Oxford comma, is whether you add an apostrophe after an already-present ’s’ or not. Take the sentence, James’ bedroom is on the top floor of the house. For me, with the ’s’ already part of the singular version of the name, I just add on the apostrophe. It’s correct. However, it’s also correct to write the sentence like this, James’s bedroom is on the top floor. I personally feel like it’s a waste to add in a letter you don’t actually need (which goes contrary to my perchance for the Oxford comma.) Both ways are correct, yet my s’ is often “corrected” to s’s. It has been a practice in patience for me to accept that both ways work, and whichever the client prefers is what should remain in the final copy. It’s also just good to know.

Stop yelling at me!

Then we get to the other common piece of a sentence that I often find misused by overuse — the exclamation point. It’s a pretty piece of punctuation, meant to show excitement, surprise, astonishment, or any other strong emotion. It’s an attention-grabber but it is also associated with an increase in volume. I like to think of it, honestly, as yelling in print. If I read a piece of content out loud, where I see exclamation points, I automatically get louder, but is that really what you want?

There is a time and place for all of that emotion, but if you think about how normal conversations go, you’re not raising your voice for emphasis very often. Consider using exclamation points in moderation, maybe no more than two per page of content if that many. Over use, and they lose their impact. It’s also exhausting to have to inject that much energy into consuming a piece of content. I spend quite a lot of time removing exclamation points from marketing content, specifically emails going out to large audience. It’s great that my client is excited, but that many ! ! ! ! is overwhelming.

Knowing the rules is half the battle

Now I’m not perfect. I can’t remember a time when I’ve turned in a first draft of content and been told it’s perfect. I get assignments back with commas added in that I forgot, missing apostrophes, or other basic mistakes highlighted to fix. When that happens, I fix them, make a note of my error, and try my hardest not to do it again.

Nobody gets it right all of the time. The trick is to constantly check in with grammar and punctuation; see what has changed or what you might have forgotten in order to be the best content creator you can be.

Image by Lorenzo Cafaro from Pixabay